“Deutsche Akademie für Traditionelles Yoga e.V.” and “ATMAN – The International Federation of Yoga and Meditation” invites you to the: 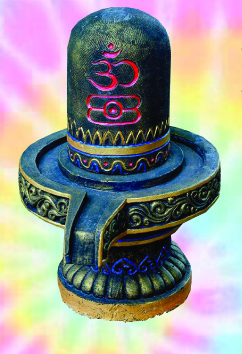 This Camp is available for everyone who attended last year the International Kashmir Shaivism Camp I in Berlin or Brasov.

You can recuperate the Trident techniques taught in the last camp on Wednesday the 12th of April (fee: 50,- €, duration 8-9 hours) and join afterwards the International Shaivism Camp II.

The early bird option for the International Kashmir Shivaism Camp II, Berlin 2017 is valid until 31st of January 2017.

Furthermore, all the special initiations corresponding to the specific exams are being offered on the 13th of April, before the Camp starts, by Adinathananda.

For registration to the International Kashmir Shaivism Teacher Training Course and more info on that contact kashmirshaivism7@yahoo.com

This spiritual retreat, unique due to the supramental approach of the Kashmir Shaivism tradition will offer, for the first time, among other techniques and esoteric tantric methods, the initiation in an exceptional traditional spiritual ceremony of awakening the formidable power of Shiva lingam (the essential godly creative power).

By awakening, in our being’s inner universe, the formidable occult power of Shiva lingam we attain the ability to enter easily in a profound state of resonance with all godly hypostases and attributes. This is why, the esoteric revelations referring to the formidable power of the lingam (and of the formidable, complementary power of the yoni) are not only the foundation of all forms of Tantra, but also, generally speaking, one of the most important, secret and efficient spiritual initiations.
Among the numerous amazing beneficial effects of this secret initiation we mention briefly the following:

During this Spiritual Retreat an initiation in a secret traditional ceremony related to Shiva’s Trident Yantra will be offered. Those who did not participate in the first Kashmir Shaivism spiritual retreat, will have to assimilate the theory and practice of the fundamental initiation into Shiva’s Trident yantra! This revision will be held on 12th-13th April 2017, starting with 6 pm.

For all international Kashmir Shivaism teachers, the fourth module of the special intensive preparation course is included in this retreat. 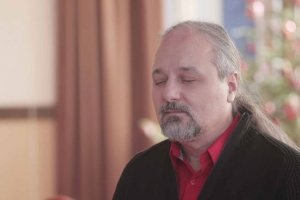 Nicolae Catrina (Adinathananda) is a yoga professor with more than 30 years experience, under the spiritual guidance of Gregorian Bivolaru. He is the founder of the only Kashmir Shaivism course outside India. The course was born almost 20 years ago and offers, in a unique way, adapted to the western mindframe, to thousands of students from Romania and other countries around the world, the richness and depth of this spiritual tradition. His profound interest in various forms of authentic spirituality and his spiritual intuition helped him to create several other courses, among which Tantric Alchemy, Enneagram, Esoteric I Ching, so on. He also founded a unique system for revealing the Divine Self, Atman, based on a supramental yet very accessible approach, which helped and inspired thousands of students reach their spiritual essence.
He is the author of several books on Shaivism, Yoga, Tantra, spiritual art, etc. As a sanskritologist, he has done translations of important yogic and tantric texts, like Saundaryalahari, Shiva Samhita or Gheranda Samhita. For his Shaivism students, he offers the translation and the esoteric practical knowledge of many traditional texts, including Shiva Sutras, Spanda Karikas and Vijnana Bhairava Tantra.

The camp will be held in English. We offer simultaneous German translation.

Its not possible to book single meals except on arrival and departure days. Prices for single meals are the following:
Small breakfast 3€/ Lunch 6€/ Dinner 6€

If someone has a special diet, please let us know and we’ll see if we can offer this.